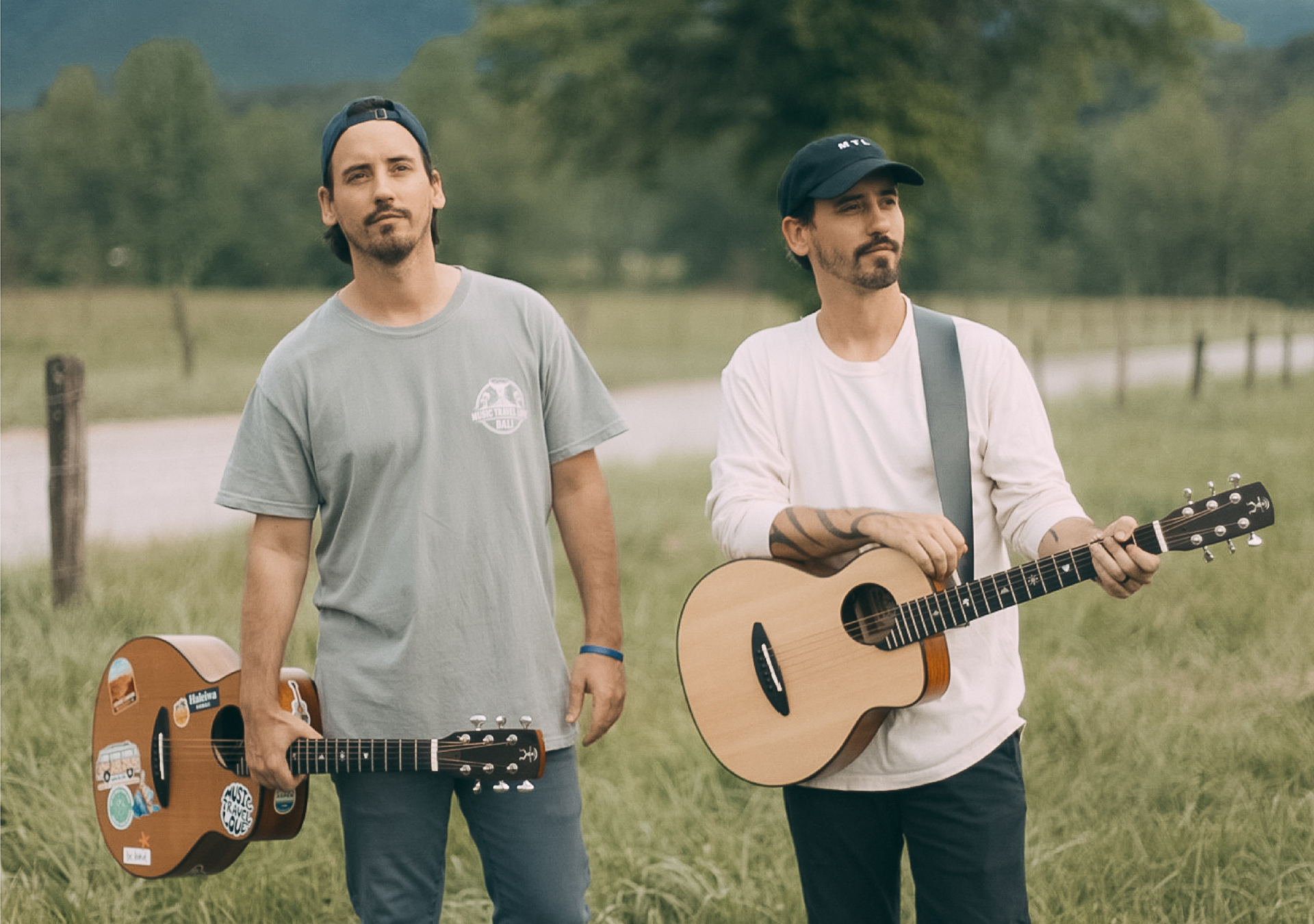 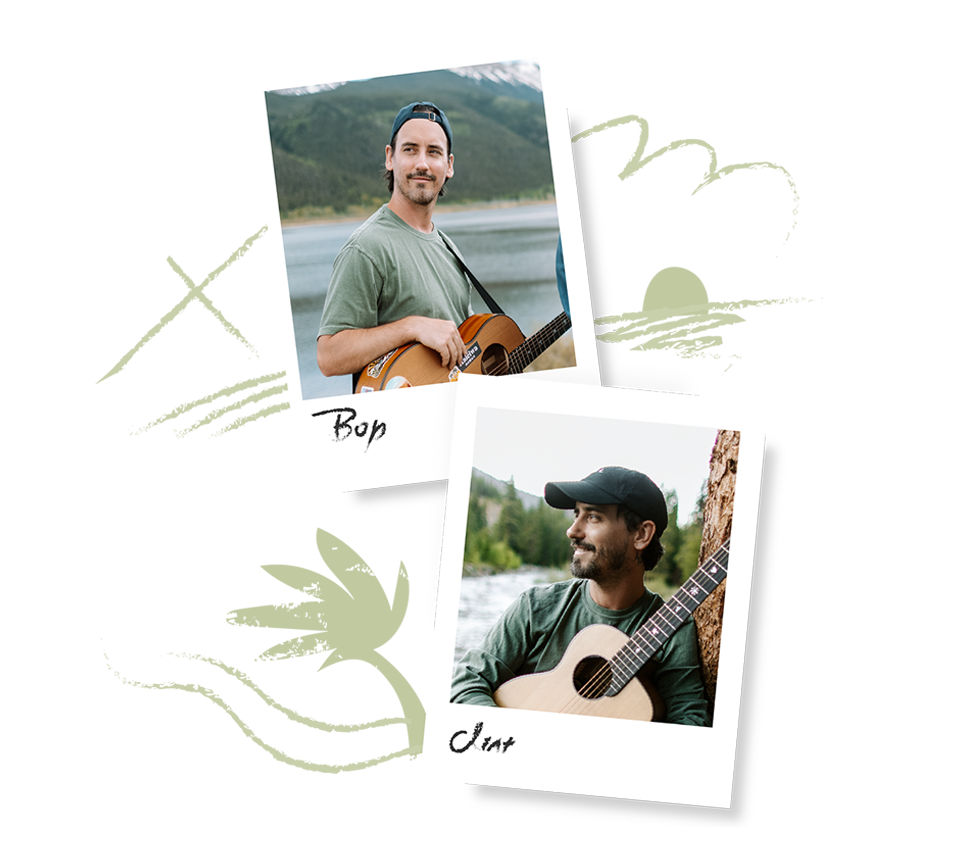 MTL is a Canadian brotherhood duo formed by Bob and Clint Moffatt. The two brothers have started their acting careers since they were 4 years old. They have more than 5,000 live performances, recorded 7 albums, Multiple gold and platinum records in 32 countries/regions with more than 6 million records sold worldwide, and always performing all around the globe.


Since 2018, MTL has released a series of music travel videos, named "Music Travel Love". This series is very popular among netizens. They combine their love of music, travel and family as the core of the channel's creation, feed the urge of pack your bags and set off to all over the world to explore different beautiful horizons and create moving music videos to all of their viewers.

As of now, their videos have been viewed on YouTube channels by more than 214 million and attracted 2.91 million YouTube subscribers.

In addition to YouTube Videos, MTL also published tracks recorded in different locations, and these works performed very well on streaming media platforms. In just a year, MTL has filmed videos in the United States, Thailand, the Philippines, Indonesia, Canada and other locations around the world. In order to share their love of travel and music with fans, they are continuing their journey all over the world.

"Get outside, you never know where you’ll find yourself" 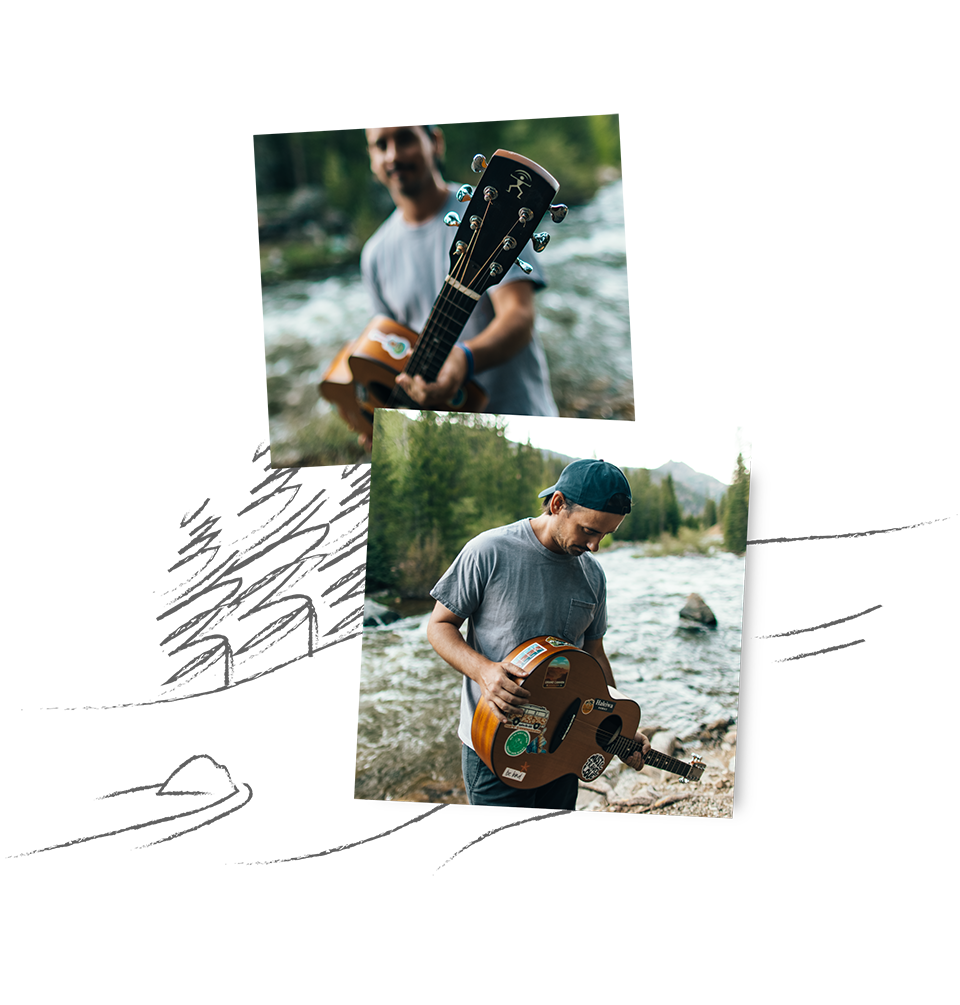 The First time Bob and Clint got in touch with aNueNue, they were surprise by the travel guitars, which is a never before experience for them with any other makers, The sound from the travel guitar is very clear and it certainly compliments a gentle singing voice, even while performing outdoors, the resonance still has a strong presence.


Identical to the concept of “Travling with Beautiful Music, the collaboration with aNueNue and Music Travel love hit it off instantly. Our signature star product will combine Music Travel Love and their inspiration , to create a travel guitar series suitable to be your best musical companion everywhere you go. 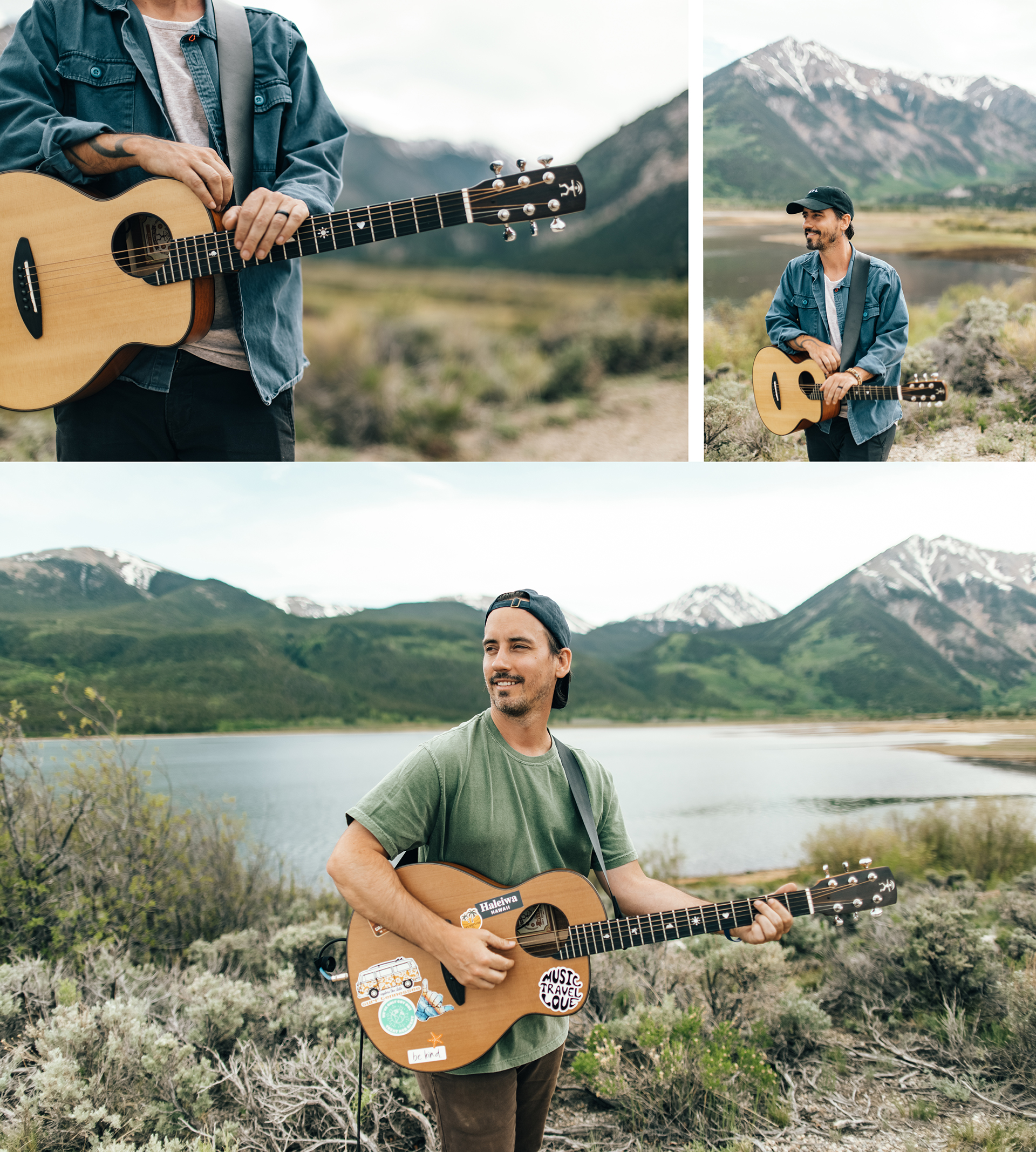 Sugita Kenji design the Acoustic Future series, “Coherence Vibration” Air Oscillation. When string is plucked, the guitar top vibrates, it provided a coherence vibration against the body, neck, and headstock, and create a rich spectrum of sound. Light see through top is control within 2.5mm, the brace design stabilize the top, prevent twisting, and support the string tension. After three years of R&D, a full responsive sound is achieved, remove the hard frequency. 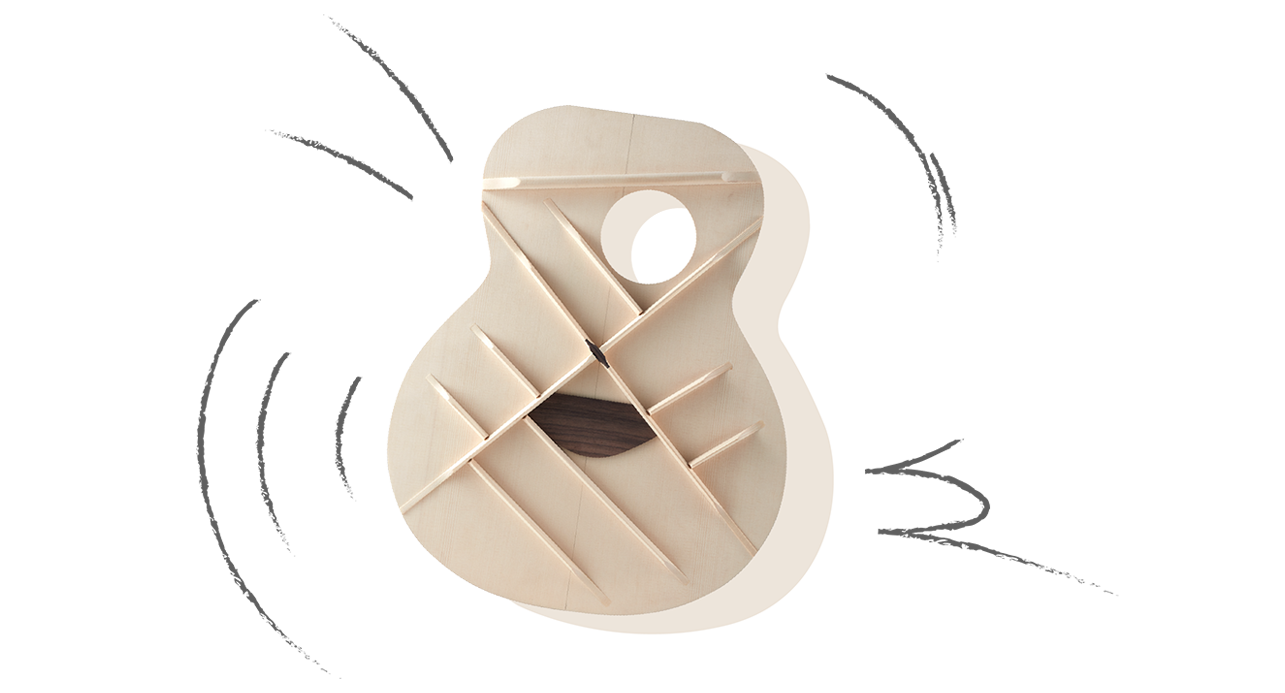 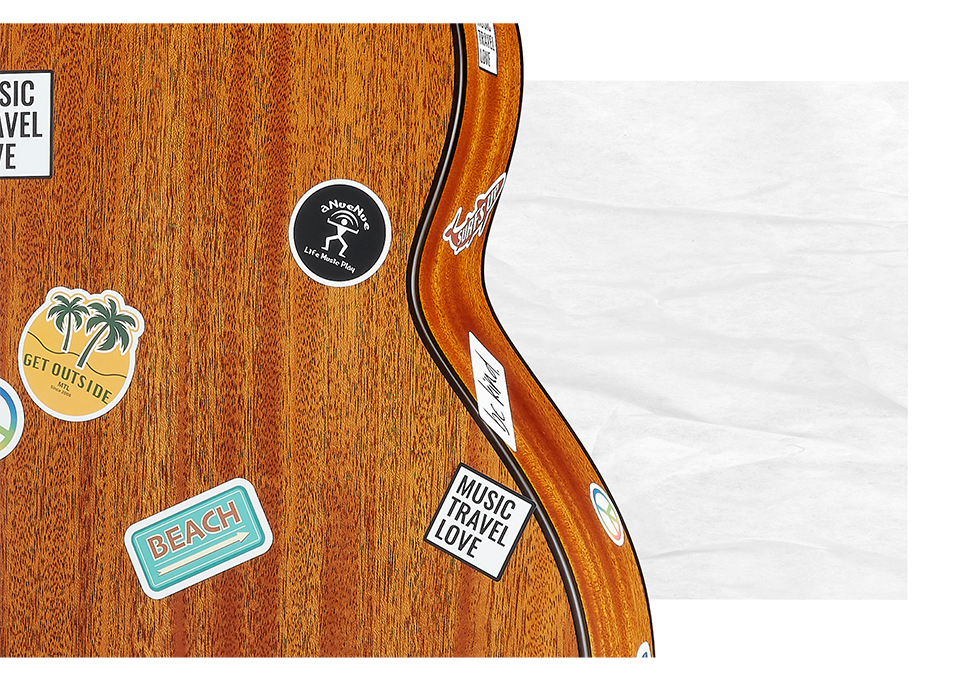 Side & Back / Mahogany
Quarter-sawn straight grain mahogany is lightweight and hard, subsequently it delivers a fast tonal transfer, a bright and organic tone and the bass is on the warmer side. 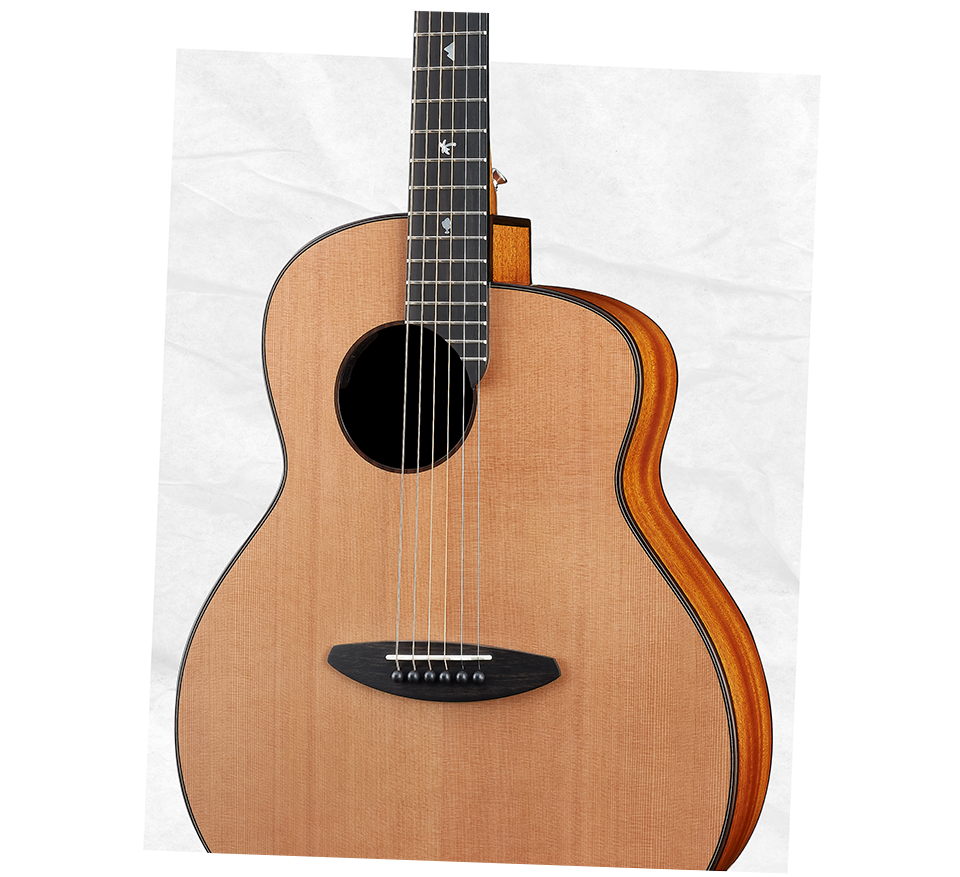 In comparison cedar is darker looking and softer than that of spruce, which allows for a softer touch that will produce wonderful harmonic tones and sustained resonance. This tonewood bestows a sweet, warm, and beautiful sound with light touch and makes it ideal for those interested in fingerstyle playing. 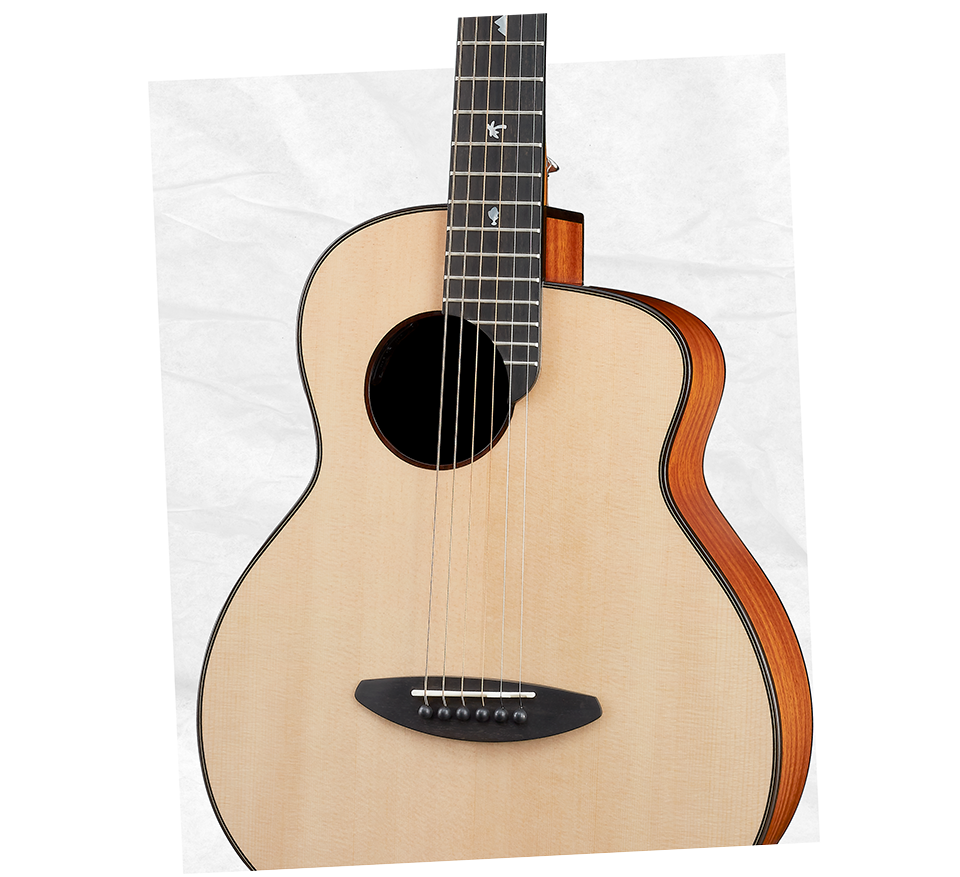 Sitka Spruce originates from North America, it’s also straight grained, lightweight and strong. It can be slower to open up but is an extremely versatile as it offers an immense dynamic resonance in the high, mid and low ranges and works excellently for most music genres.

The body uses Natural  Satin finish  Production of the body uses complicated procedures, so that the paint can be thin and transparent, and the surface is smooth and soft, and giving a more detailed handle to the instrument. 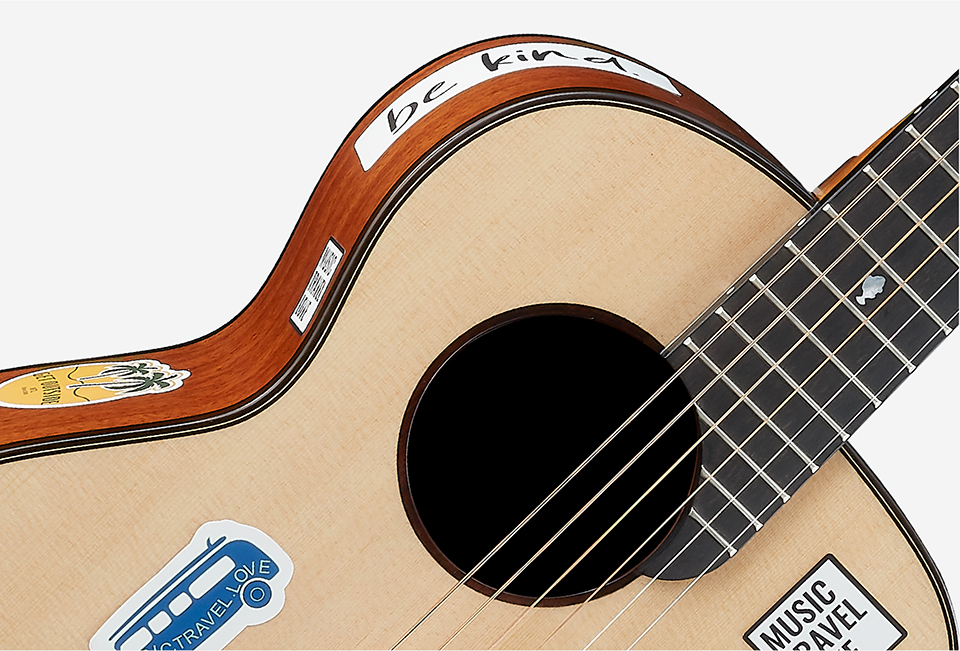 Rosewood soundhole binding is design for the elegant look. The Rosewood binding serve to protect the edges of the wood from impact. 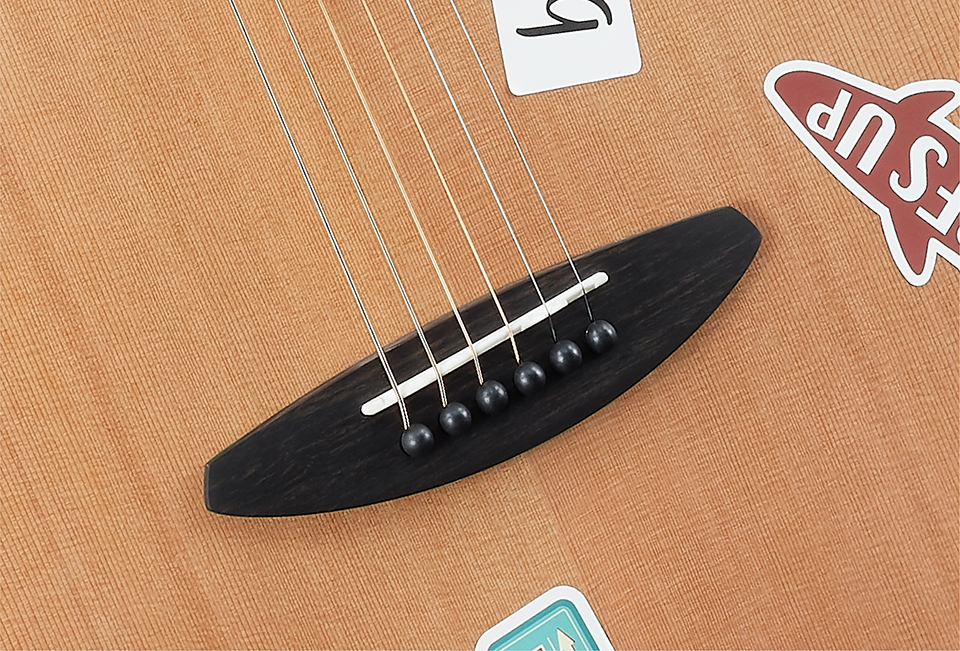 The  buffalo bone  for the nut which is very hard and articulate. This helps the strings to vibrate and to have a deep resonance. The compensated saddle designed to provide the accurate intonation and produce the correctly pitched note. 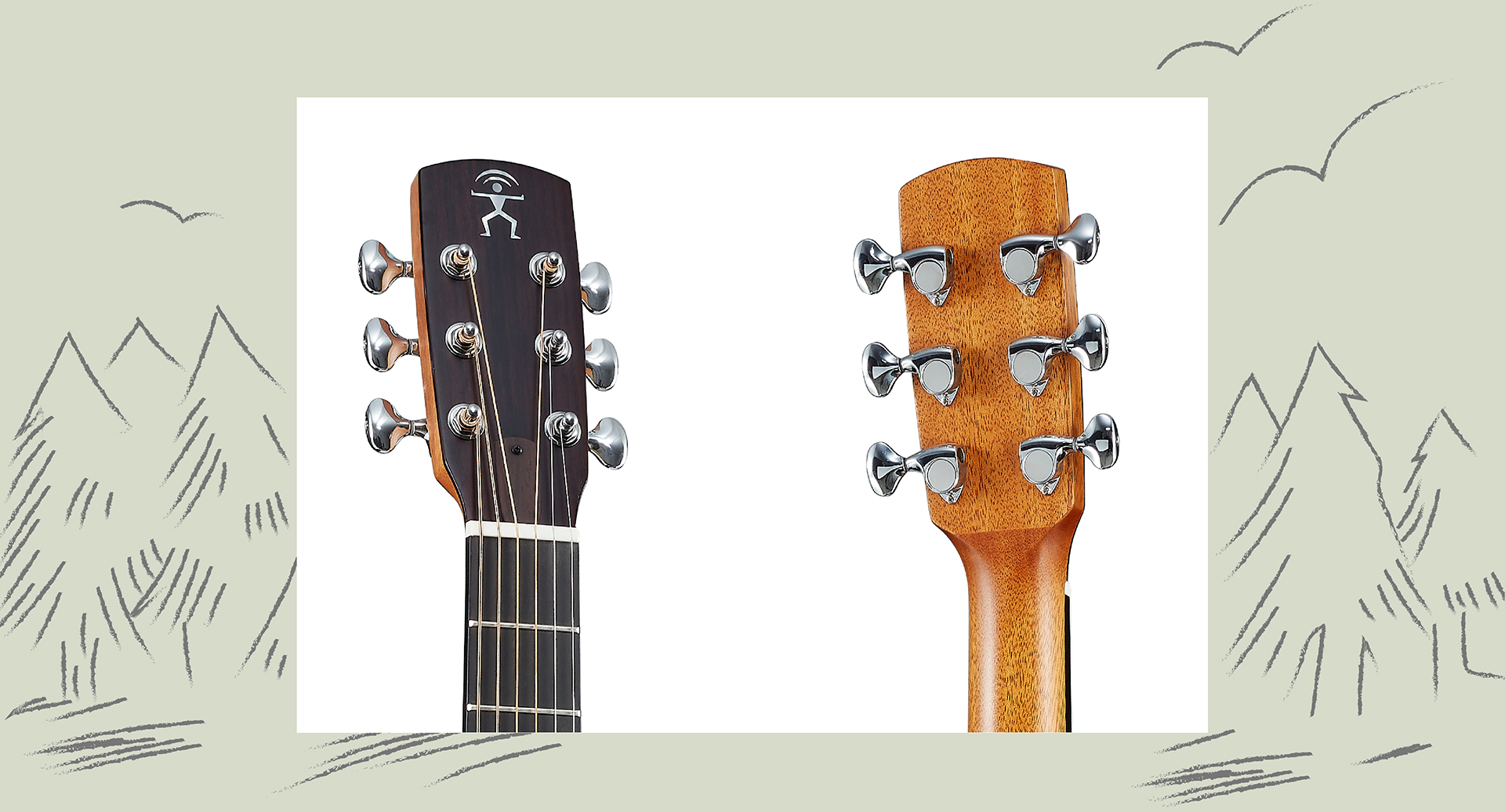 Classic-headstock design made with a rosewood veneer in mother of pearl logo. The tuners with 1:14 Derjung gear ratio for precise tuning. 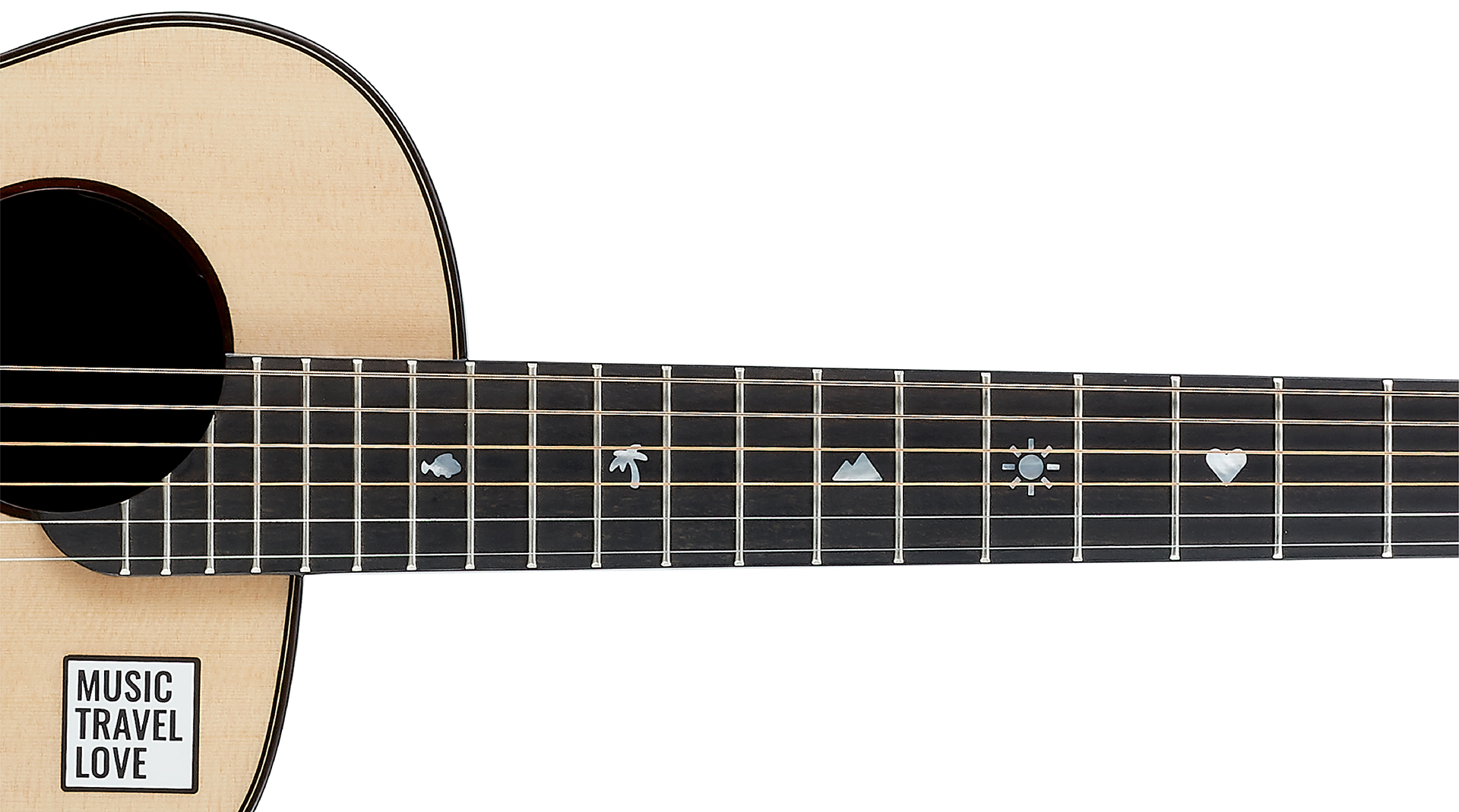 The fingerboard uses jet black ebony wood, which has a tight wood grain and more dense than rosewood. The conductive properties of ebony will exhume the high frequency notes even more. The 44mm neck width makes it more comfortable to hold.


The fingerboard uses jet black ebony wood, which has a tight wood grain and more dense than rosewood. The conductive properties of ebony will exhume the high frequency notes even more. The 44mm neck width makes it more comfortable to hold. 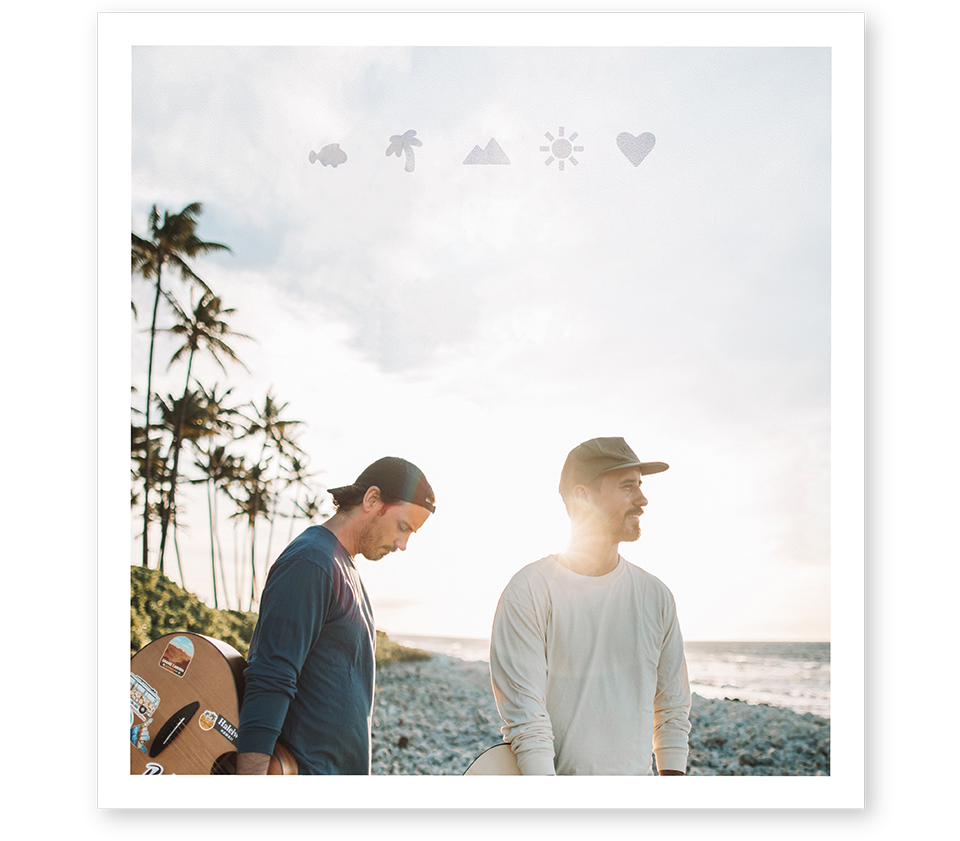 The fingerboard point turns the core spirit of Music Travel Love into loving elements, which is inlaid with shell materials in shapes such as "love, sun, mountain, coconut tree, and fish".

Inspired by nature during the journey, each symbol tells a different story. From the ocean to the beach, to the mountains and forests, as if you were feeling the warm sunlight sprinkled between trees, and nevertheless, feeling the“Love”, that nurtures all things, thus fully express the living style of Music Travel Love.


The simple log design preserves more creative space for its player to realize ideas and creativity. Every ingenuity is the mark of the journey of life, making the instrument a part of what defines you.
The design sticker pack that comes with the guitar is inspired by Bob, as he likes to put his favorite stickers on the guitar to show his personal philosophy and style, perhaps considered to be his signature design, and it may be a miniscule yet significant difference between the two brothers in terms of aesthetics, so we specially designed stickers exclusively for this series. 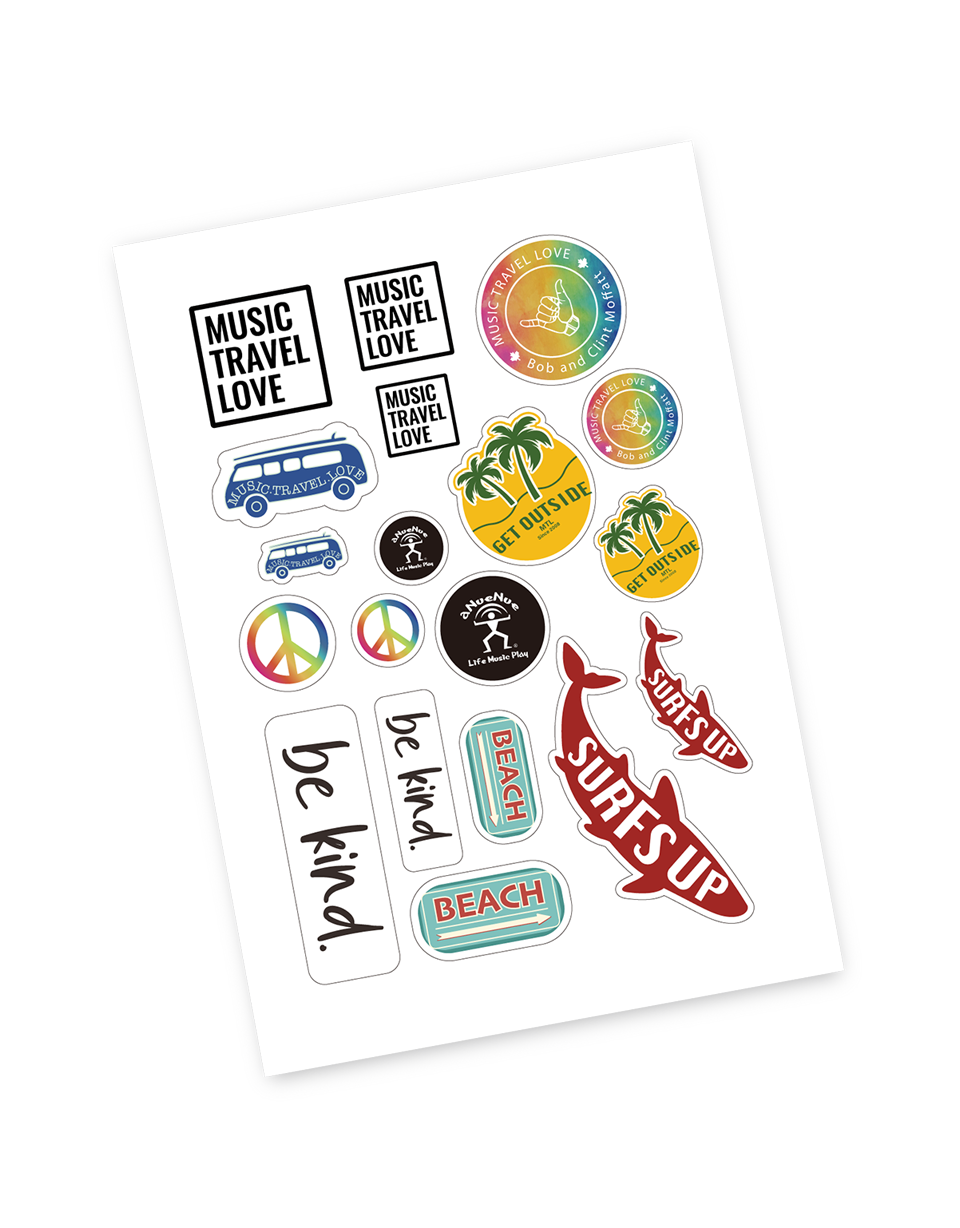 MTL travel stickers designed with the concept of traveling. 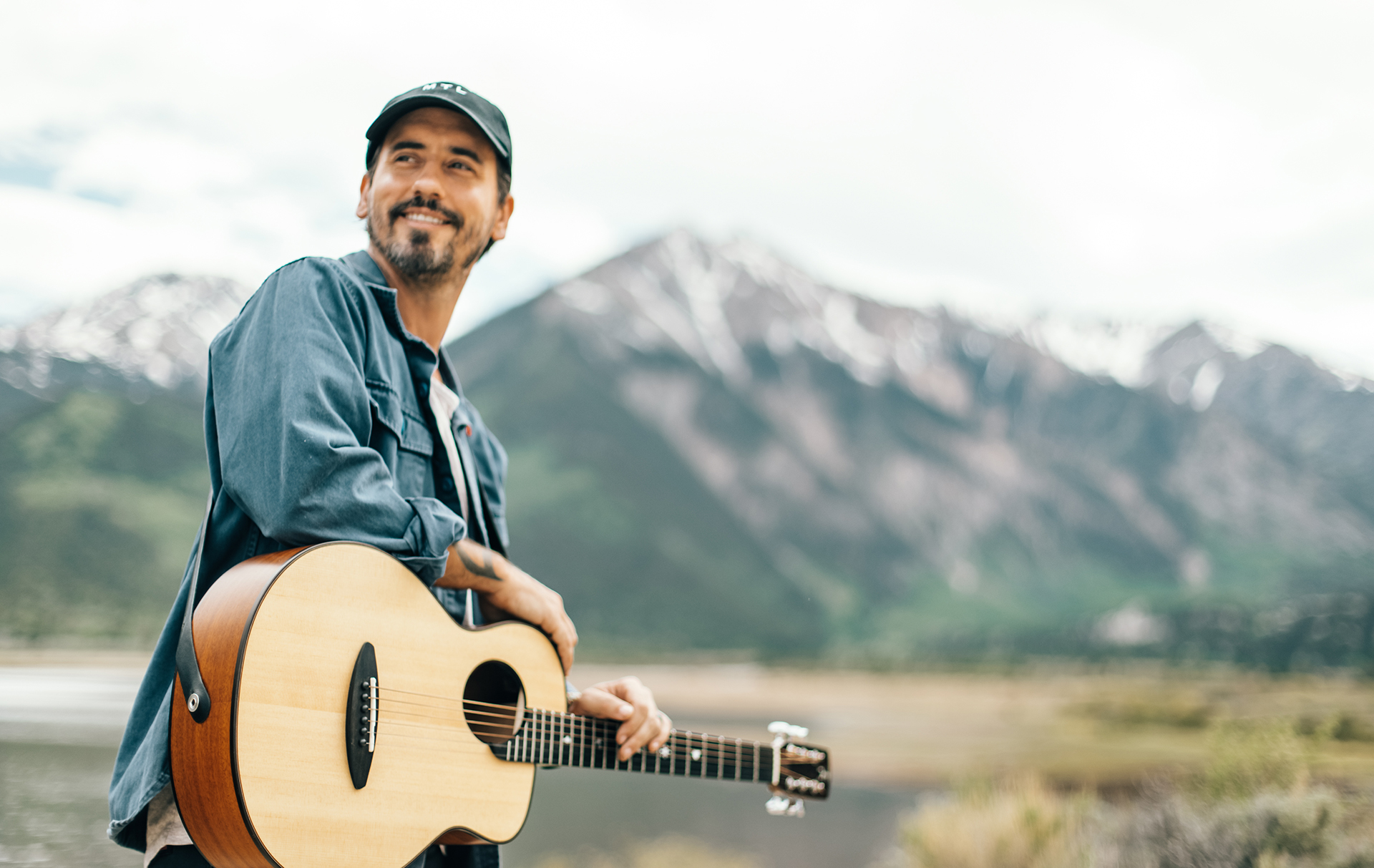 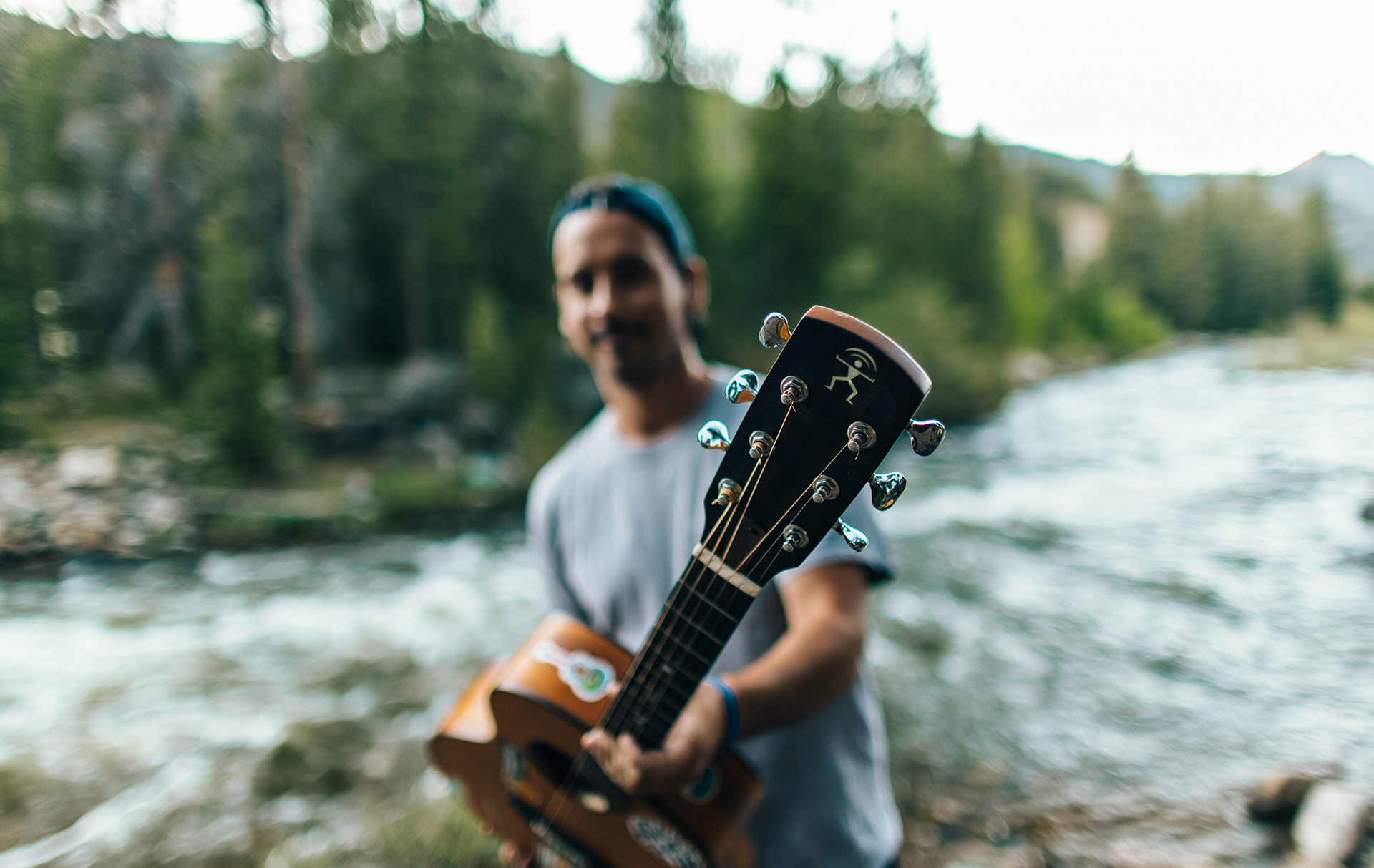 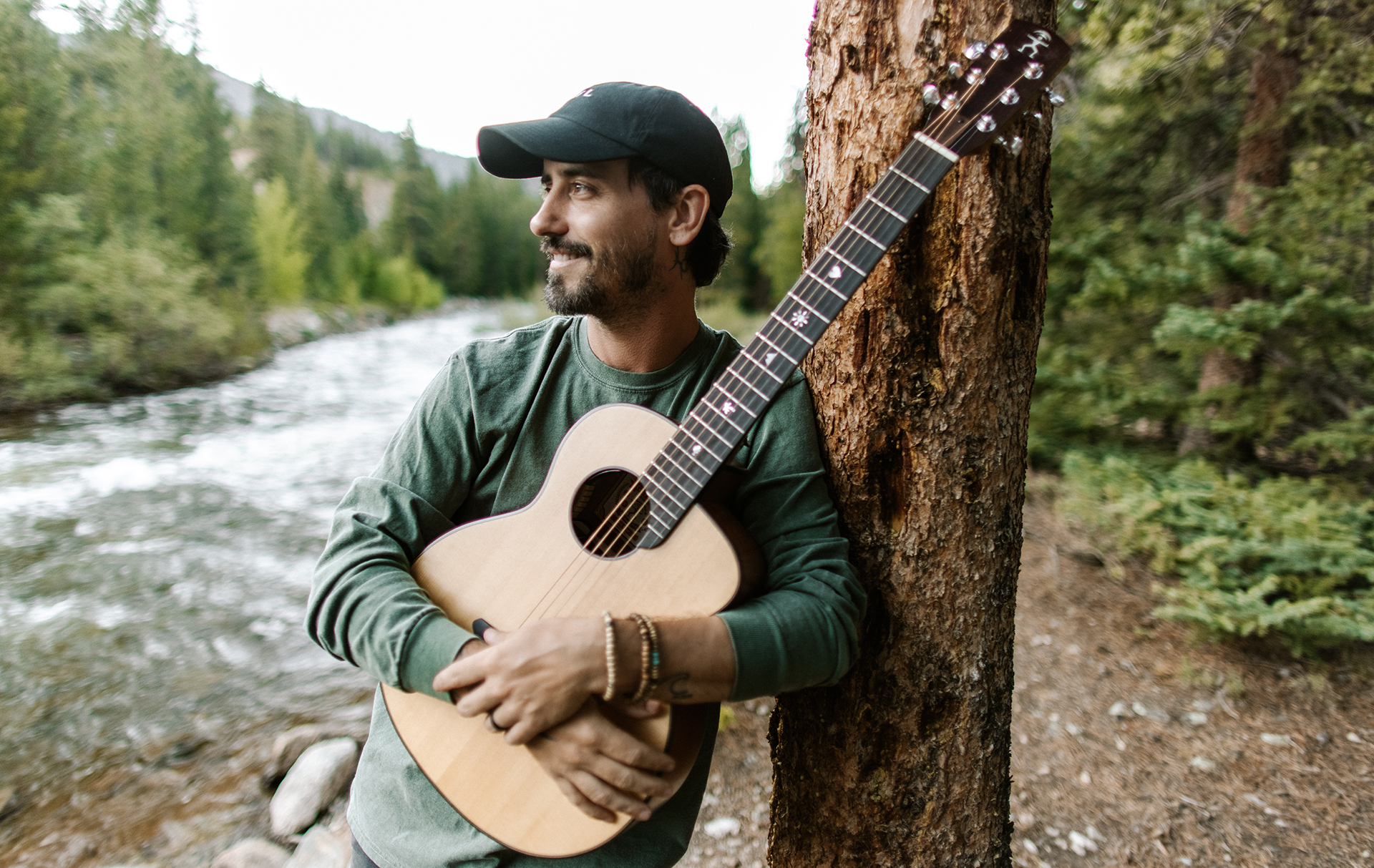 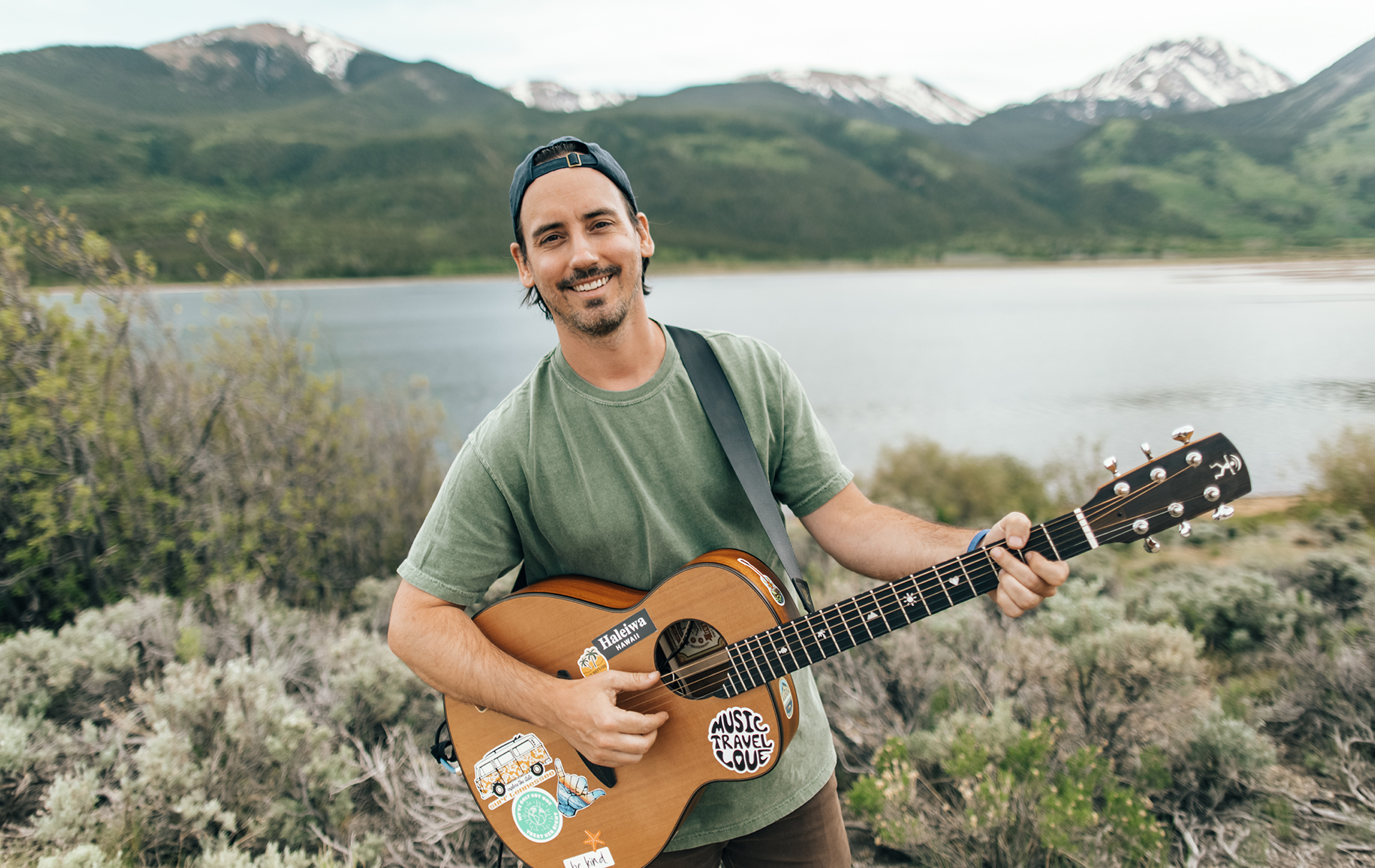 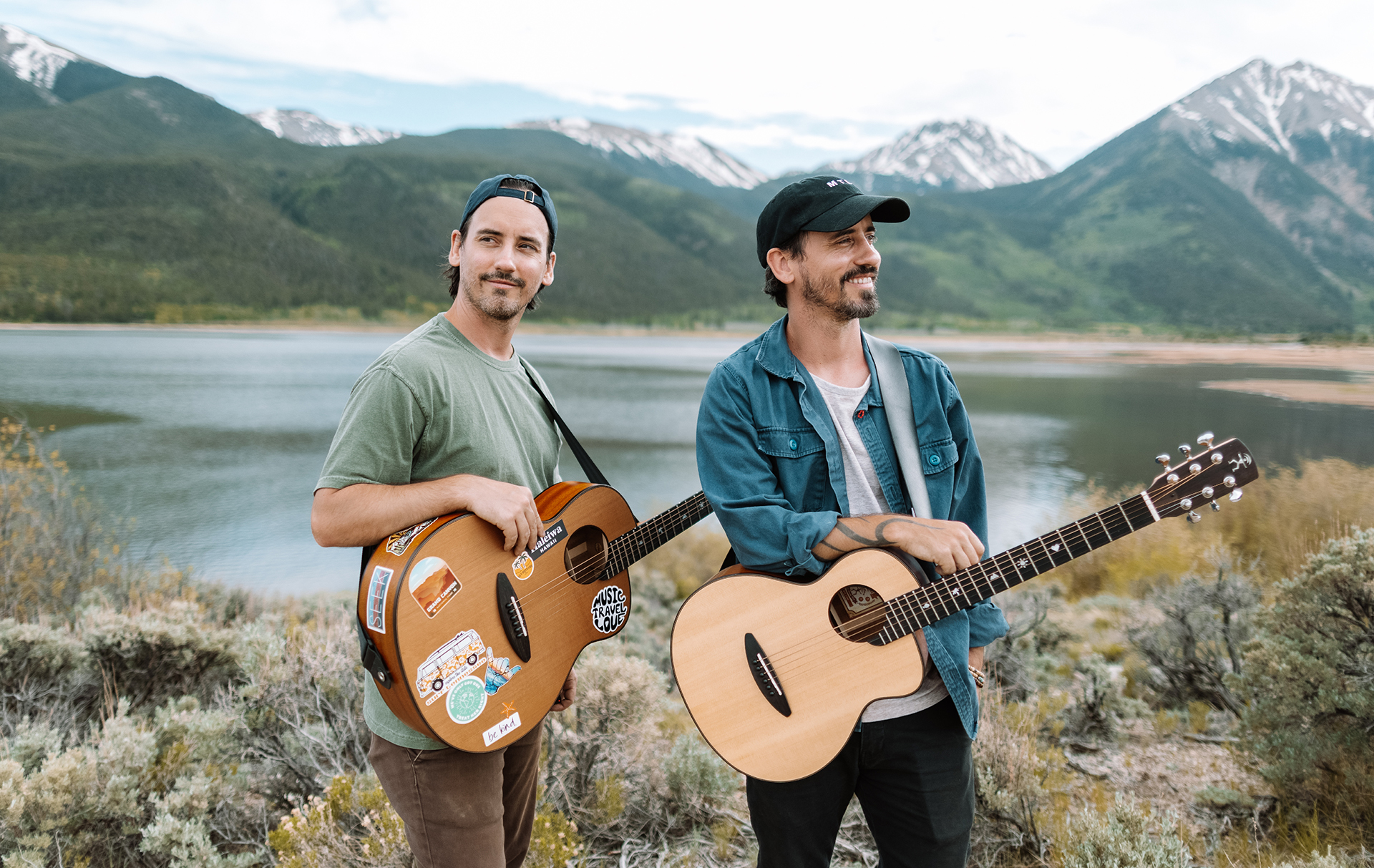 The MTL Linen Gigbag is made of brown linen and is designed with a 20mm thick bag for extra protection. There is a front pocket for easy storage. There are also side handles and backpack straps for easy carrying.

The MC Linen Gigbag is made of creamy-white linen and is designed with a 20mm thick bag for extra protection. There is a front pocket for easy storage. There are also side handles and backpack straps for easy carrying. 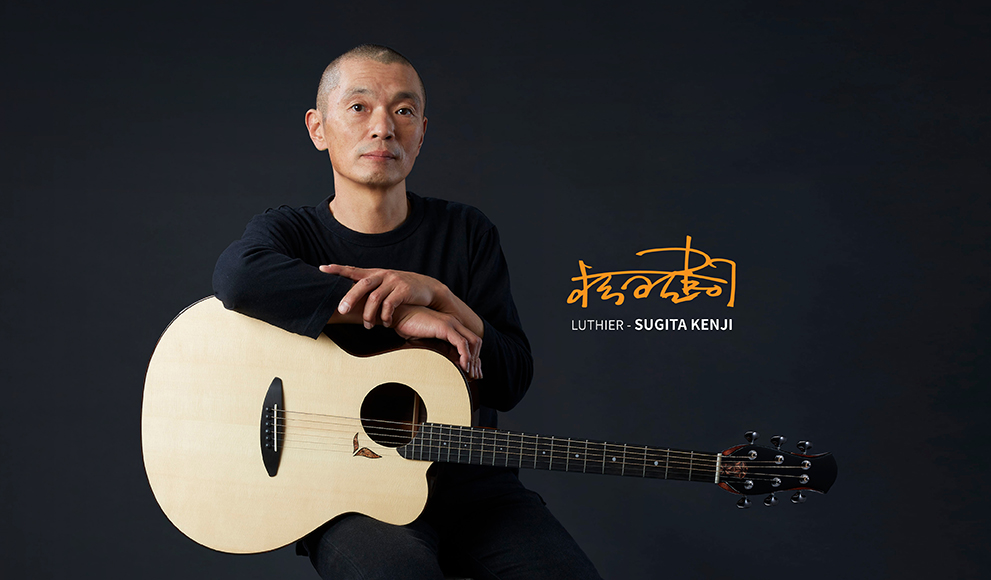 Sugita Kenji is well-known in the handmade guitar world. His guitars, in terms of tone, design, and workmanship, each have the highest standards of handmade acoustic guitar. 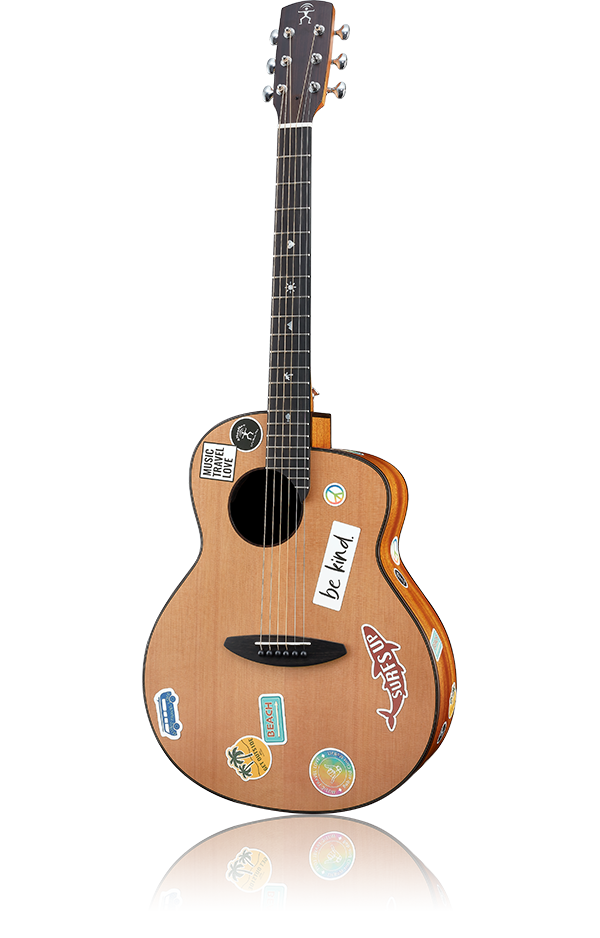 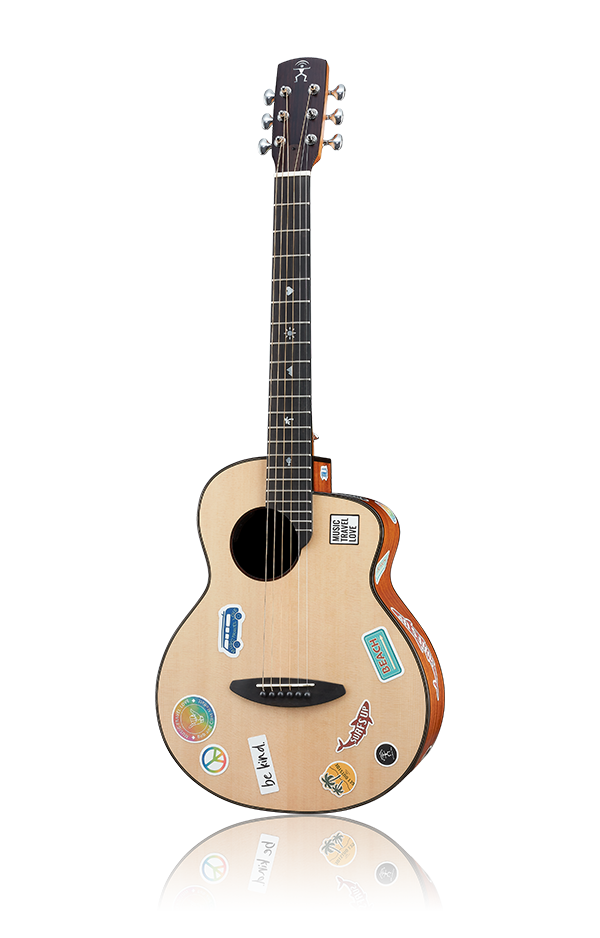 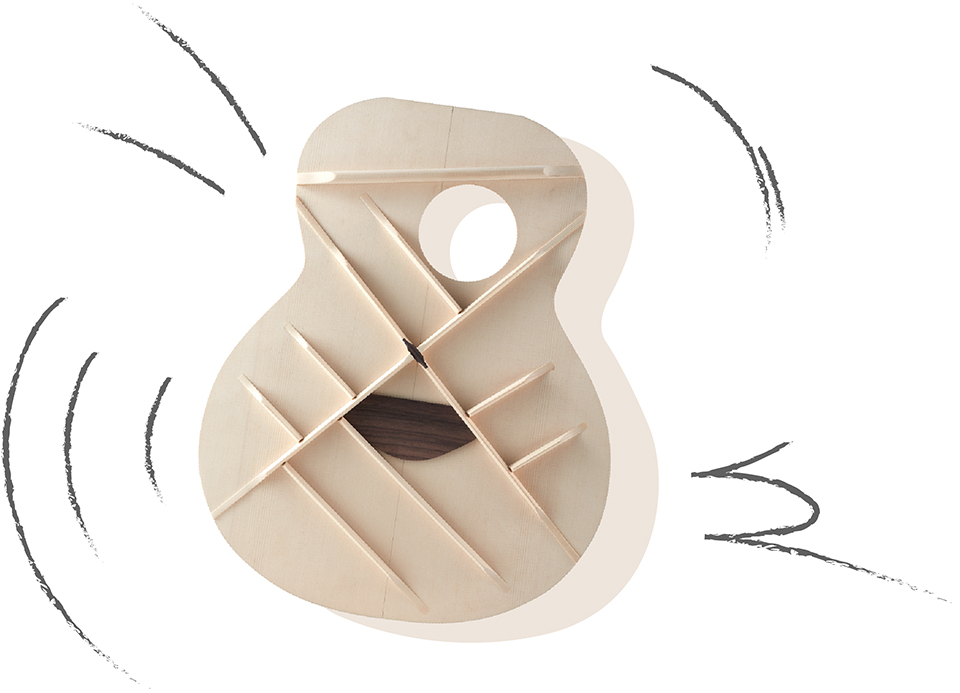